SunstarTV Bureau: For the first time, Filmfare has introduced its first edition of OTT Awards, for all the outstanding web-series that made our lockdown tolerable.

It was a big night for Prime Video’s Paatal Lok and The Family Man, both of which grabbed five awards each. Whereas, Amazon Prime Video’s Panchayat also won four awards. 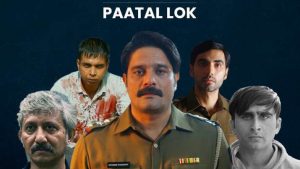 In this Filmfare, Only those series which were released between August 01, 2019 and July 31, 2020 are considered for the award show.