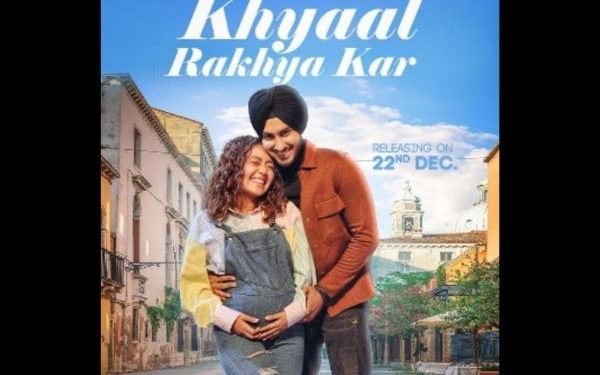 Taking to her Instagram handle, she shared the poster of her new song ‘Khyaal Rakhya Kar’ featuring husband, Rohanpreet, where the singer is seen flaunting her baby bump on the poster.

Seeing the photo, netizens were left wondered if Neha was actually pregnant or was flaunting a fake baby bump to play the character in the upcoming song.

Earlier, she had released a song called ‘Nehu Da Vyah’ with fiance Rohanpreet. At that time also she released the poster of the song before her wedding that confused followers as to whether she was really getting married or just promoting her song.

The music video has been directed by Agam and Azeem Mann and the music is by Rajat Nagpal which is going to release on December 22, 2020.