SunstarTV Bureau: Temple state Odisha, is often considered as a land of undiscovered mystery. For centuries, travelers from around the world who have made their journey to India have been fascinated by the mystical energy that surrounds the country. Odisha is known to be a land of scenic beauties, sea beaches, extraordinary monuments, culture, traditions, art, and craft of its own.

This state is full of historical back stories and mysteries. These are some mysteries as well as the haunted places of Odisha that you should never visit alone. Khurda’s Mangalajodi Tree is considered to be a haunted place in Odisha. This tree is resided by a possessed girl who takes over 21 lives before the festival of Dussehra.

Regularly, several ghost activities have been felt by people at the mid hours of the night. Everyone was prohibited to go there after sunset.

Villagers couldn’t tolerate the pain and torture for which they even tried their hands in chopping off the tree. But nothing has been changed. People hardly step out of their homes after dusk, because they believed the ghost ponders around the streets.

Seven people had already died mysteriously by that tree. 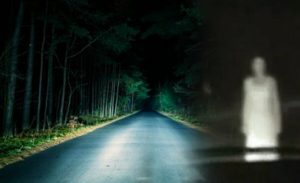 The State Highway near Bhubaneswar is another heard haunted place of Odisha. It is believed that the ghost of a lady witch hunts that highway.

People have witnessed a lady, asking for a lift, at midnight, in isolated streets. And if any one stops the vehicle, she get disappears.

Many have heard spine chilling voices which scare terrify them to no end. They even hear creepy giggles and deafening screams. People believe she lingers here because she had been killed at that spot.

Many accidents have also taken place mysteriously without any proof of evidence backing it. This place is well known for the students, who once lived here and have died. The story unfolds to tell many incidents of suicides and the presence of ghosts roaming on the roof at midnight, even if the house has no resident.

It is advised not to visit this place after sunset or before sunrise, as the place gets really spooky at night. Dhankanal’s Jatan Nagar Palace was built by Prince Narasingh Pratap Dev and had 100 rooms in total. On the day of the inauguration, the architect was called by the king to be beheaded. It is said that many of the labourers were already died during the construction and their spirits live within the walls of the palace. The building is ruined and now became one of the most haunted places in India. The dilapidated house located in Puri is believed to be one of the eeriest places of Odisha. It is said that the owner of this house had committed suicide, and his spirit never left the house because he was very fond of the place.

People who bought the house later and resided for a while had nightmarish experiences and felt the presence of the spirit. This spot has been a tourist place and event attracts local’s attention. This place is so famous that even paranormal enthusiasts and experts travel there. The haunted house, located in Balasore, is built on a graveyard. Due to this reason people believe in the existence of paranormal activities.

The story is about a family who moved into the house but pretty soon they realized that they are being accompanied by another anonymous guest. In the next week, there were rashes and scars on their body. Chandpur village in Nayagarh, has a similar story to that of Mangaljodi story speaks about villagers, Shivu and Jhillii who got attacked by an evil spirit. After investigation, it was believed that a tree, which existed there, had evil powers. Shivu, the victim, tried to eliminate the tree by chopping it but ended up getting killed by the same spirit. Since then, people have not dared to go near the tree. Ring Road is another creepy place in Orissa, constructed alongside a Christian crematorium. People in the area have seen half-burnt people walking down the road, who disappear after a while on their own. No matter what the duration of the existence of the spirit is, it freaks the person witnessing it. The hostel in Cuttack that was home to many girls is left as nothing but an old abandoned building. The spirit of an old person is witnessed in the halls of the hostel that vanishes when someone approaches. There are different rumors about this place were spread among the locals, making it one of the famous haunted places in Cuttack. The place is still a mystery in many aspects.