SunstarTV Bureau: India witnessed first defeat in the year 2020 in T20I format, from losing the match to Australia by runs in Sydney, today. Though India bagged the series to its name, but lost the last match.

India winning the toss opted to bowl first. Australia had given the target of 165 with loss of 5 wickets.

Though skipper Virat Kohli batted a significant sore of 85, could not lead India to have a clean sweep against Australia. Though Men in blue have won the series, a 3-0 win would have been a cherry on the top.

Shikhar Dhawan made 28, followed by Hardik Pandya with 20 runs. But KL Rahul and Shreyas Iyaer left the pitch with a null score. 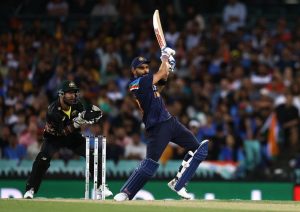 Hardik Pandya bags the Player of the Series award for his stupendous performance in the T20I series. Hardik on winning the tag says,” I’m very pleased, and wouldn’t mind getting the Man of the Series award, but it was a team effort. After the 2nd ODI we thought we’d think of this this a 4-match series and we managed to get three wins, so happy with that. I don’t mind giving interviews because you only have those when you’re on the winning side. I haven’t seen my child for four months, so I’d like to spend some time with family right now.” 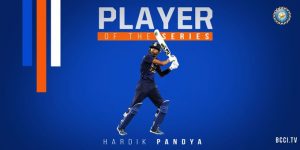 Mitchell Swepson on winning Man of the Match says,” Happy to get this award, and win the game for my side. I think that was a bit of a skidder, but I’m happy to say that I gave it a bit of a rip and got that wicket (the Iyer wicket).”