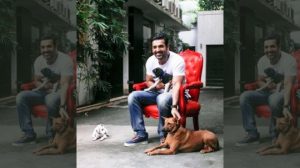 John had sent an urging letter to e-retailer Quikr to stop live animals trading in September 22, 2020. He also teamed up with PETA India to push for a ban on animal circuses, speak up for Mumbai’s dancing monkeys, pig slaughter and for cased bird and also adopted a street dog, Baily and urged authorities to stop illegal pig slaughter in Goa.

Sachin Bangera, PETA India Director of Celebrity and Public Relations, said, “John Abraham has been helping PETA India advocate for animals since our inception, and he shows no signs of slowing down. If birds are suffering in cages, puppies are being cruelly sold, or animals are in danger anywhere in the world, we can count on him to come to the rescue.”

From Jan enforcement of Strict traffic rules in Odisha