SunstarTV Bureau: The release of Ranveer Singh’s sports-drama ’83’ has been delayed once again. The makers have now decided to release it in the multiplexes next year. 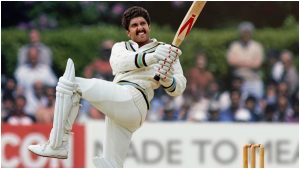 Shibasish Sarkar, CEO of Reliance Entertainment, stated, “Christmas is no longer a possibility as we won’t be able to set up a marketing campaign within a month. Also, the overseas markets are important for both films and some of them have shut again due to the second wave of Covid-19.”

Looking at the shuttering of theatres due to the COVID-19 outbreak, the Reliance Entertainment had expressed confidence that ’83’ will be able to stick to its scheduled release dates on Diwali. However, they had later moved the release to Christmas 2020. Now, the release of Singh’s much-awaited sports drama has been pushed yet again, despite the reopening of cinema halls and multiplexes across the country.

This movie is based on India cricket team’s 1983 World Cup win. It is directed by Kabir Khan where Ranveer Singh plays the role of Kapil Dev, who was the captain of the World Cup winning team.