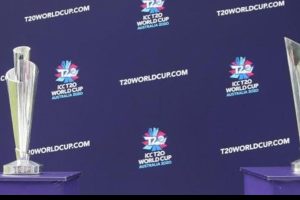 Greg Barclay, told the press agency that his organisation must deliver their upmost events over the next three years or else sport will suffer serious financial consequences.

Due to COVID-19, three of the world tournaments of ICC were rescheduled and Barclay confirmed, they were contracted to deliver them within the current broadcasting agreement.

“We have got to deliver the world events that are to come and those that are postponed,” Barclay told Reuters by telephone on Wednesday of the agreements that expire in mid-2023. “Not just for the cricketing outcomes but there are commercial concerns as well.”

Barclay said that if they failed to deliver the events on time, they will be penalised by the broadcasters and further will not receive the last of the ongoing payments. The men’s 2020 World Cup in Australia and 2021 women’s World Cup in  have been moved to 2022, while the men’s 2023 World Cup in India has been pushed back to later that year, are needed to be delivered soon.

Barclay was also eager to develop the game in non-traditional markets and felt that the United States was an area they could tap into, especially with the work already done in recent years.