SunstarTV Bureau: 12 years have passed and the blemishes of 26/11 incident are still fresh in the minds of million laymen. 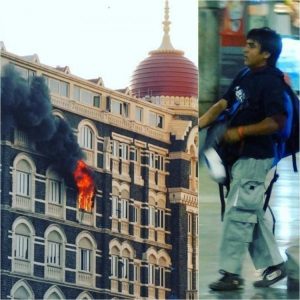 On 26 November 2008, 10 terrorists of Lashkar-e-Taiba from Pakistan had sneaked into Mumbai through sea route and took one of the deadliest terror attacks at in the history of India. They fired indiscriminately at civilians across the city, killing 174 people, which included 20 police personnel and 26 foreign delegates. The security forces, in the counter-operation, killed nine of the terrorists and captured one named Ajmal Amir Kasab.

Many incredible tales of raw courage, of bravery, of a sense of duty, of men who faced the terrorist’s bullets while trying to rescue others, of those who fought back against terror are still remembered. Some of these brave men paid the ultimate sacrifice to save others.

Prime Minister Narendra Modi had recently held a meeting with Defence Minister  and other officials to enforce robust defence in the country, keeping an eye on the ongoing terror attacks.