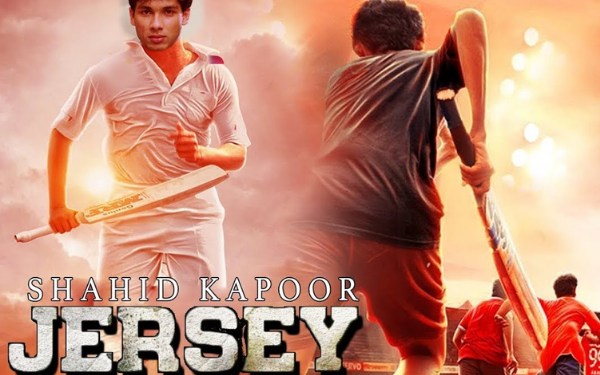 SunstarTV Bureau: Bollywood super star Shahid Kapoor is back on the sets for his upcoming film ‘Jersey’.

Taking to Instagram, he shared the latest look sporting a lean body and long hair, while gearing up for the shoot. He is seen clad in a shirt and black shorts teamed up with black tights as he carries the cricket kit, in the post.

Shahid also has tweeted, “It’s a wrap on this schedule of #Jersey. I would like to thank the Govt of Uttarakhand for supporting and putting in place efficient policies that enabled us to safely shoot and wrap the schedule of our film in the many beautiful locations of the state.”

After the tremendous success of ‘Kabir Singh’ in 2019, he is currently moving ahead with his upcoming ‘Jersey’. The actor has undergone rigorous training and physical transformation to fit into his role for the sports drama. He has also been keeping his fans posted regarding the developments in the production of the same. Just like many other projects, the shooting and production of Jersey got delayed earlier owing to the COVID-19 crisis.

Apart from Shahid Kapoor, the sports drama also features Mrunal Thakur, Pankaj Kapur, and Sharad Kelkar in the lead roles. The movie has been directed by Gowtam Tinnanuri and co-produced by Allu Aravind and Dil Raju.

Talking about Shahid, the actor has been quite active on social media platforms for the past few days and treating his fans with numerous pictures and videos.