SunstarTV Bureau: All the tickets for first five matches between India and Australia were sold out within a day, Cricket Australia (CA) informed on Friday. 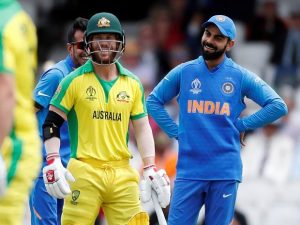 These are inclusive of three T20Is and two ODIs between the two countries. The Indian cricket team, currently practicing in Australia and will start the campaign on November 27.

“The second and third ODIs at the SCG and Manuka Oval respectively have been exhausted while the Manuka Oval T20I and two SCG T20Is are sold out,” CA said in a release.

“Limited tickets to the first ODI on November 27 at the SCG remain, with approximately 1,900 public seats left. Both the SCG and Manuka Oval will be at 50 per cent capacity for series, with fans voting with their feet after ticket prices were frozen from the last time India came to Australia in 2018/19,” it added.