Jacindra sworn in for second term Wellington, New Zealand: Jacinda Ardern sworn in as Prime Minister of New Zealand for a second term here on 6 November, 2020.

40-year-old Ardern was elected as the 40th prime minister of New Zealand and leader of the Labour Party since 2017. First elected to the House of Representatives as a list MP in 2008, she has been the Member of Parliament (MP) for Mount Albert since March 2017. 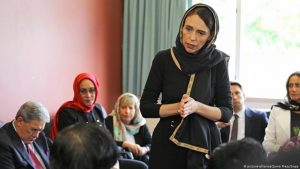 The blazing leader and her ministers took their oaths of office in English and Maori during a ceremony at Wellington’s Government House.

“I would say simply that sitting at this table is Aotearoa New Zealand,” Ardern said, gesturing to her winning team, in which women and Maori (Maori are the indigenous Polynesian people of mainland New Zealand) are majorly represented.

“They collectively represent a range of different perspectives, huge talent, and enormous experience and, as you would expect in any time of crisis, a huge commitment to serving this country,” said Arden.

When the whole globe fell into an abysmal pit of angst for facing the lethal Covid-19, New Zealand got the ball rolling in fighting back the virus with at most caution and achieving the tag of Covid-free nation. 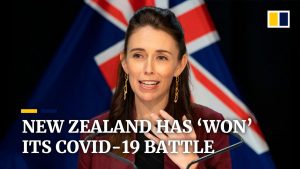 Final results released on Friday showed Ardern won 50.0 percent of the vote, up from 49.0 on election night, giving her 65 seats in the 120-strong parliament, rather than 64 assumed in October election.

The leading opposition National Party saw its seats reduced from 35 to 33, constraining campaign director Gerry Brownlee to step down as deputy party leader.

Ardern said she had a clear mandate for reform, although her apex priorities were containing Covid-19 and rebuilding the virus-damaged economy.