She alleged Anubhav for being an alcoholic person who often imbibes with his friends at home and harasses her mentally. When she tried to stop him, he abused her physically and even thrown out of the house in many occasions. She stated that  Kandrapara MP Anubahv has extramarital affair with many girls.

Though Barsha has done a number of films with Anubhav under the production banner of Anuprash Mohanty, she never received single penny for her hard work. Barsha has field defamation case against Anubhav’s family for being ill treated. She also mentioned in the petition that she was forced to divorce Anubhav on June 11.

In her Plea, Barsha has also demanded alumni from Anubhav, that include s house rent of Rs 20,000 per month, maintenance of Rs 5000 per month, compensation for Rs 13 crore, loss of earnings and medical expenses of Rs 2 crore from Anubhav. 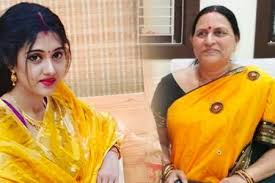 Now, this case has taken a new turn as mother-in-law Madhusmita filed a case against Barsha for not vacating the house.  She has mentioned, “The house in which they are living is more than 60 years old and needs an urgent repair”. After these complaints Barsha has requested security and police personnel to visit her marital house and check the situation in person.