After a prolonged legal battle of 9 years, she became the first Indian, to have official status of no religion and no caste. The whole world has been torn apart over the futile fights of religion and caste. Where people are beheading people for undermining or even slightly inching away from the conventional notions of caste systems and religious beliefs, Sneha Parthibaraja has emerged as an aberrant. 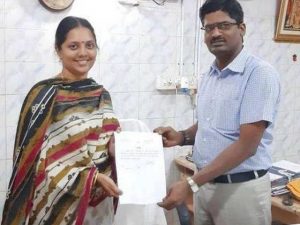 Resident of Tirupattur, Tamil Nadu, advocate Sneha has forsaken the age old social custom of keeping any religion and caste attached to her name. Neither she, nor her parents believe in caste or religion. They have always left the ‘caste’ and ‘religion’ columns blank in applications forms.

After a tedious legal battle of 9 years, 35 year old Sneha became the first Indian to get official assertion of not belonging to any caste or religion. Her long-drawn battle to get herself officially certified as belonging to ‘no caste, no religion’ came to an end on February 5, 2020. 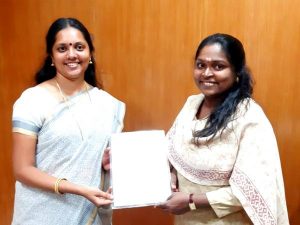 “All my certificates have null or are blank against the ‘caste’ and ‘religion’ columns. This includes my birth certificate and school certificates. They mention me as an Indian. But I started to realise that every application form I filled mandated enclosure of community certificate. So, I had to obtain a self-affidavit. It was only then that it occurred to me that I needed an identity that was sans caste and religion,” she said as quoted by The Hindu.

“When people who believe in caste and religion have certificates, why not issue certificates to people like us?” she asked.