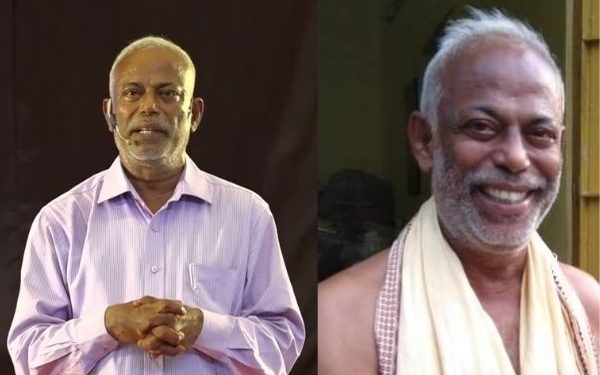 Cuttack (SunstarTV Bureau): The social worker Padma shri D Prakash Rao passes away while undergoing treatment at SCB Medical College and Hospital in Cuttack on Wednesday. He was 63.

On December 25, after being infected by Covid-19 Rao was admitted at the SCB medical with breathing complications. Later soon he was shifted to ICU of the Pulmonology department after deterioration in health condition and was put on oxygen support after decrease in his blood oxygen saturation.

Notably, Rao was conferred with the coveted Padma shri award on the occasion of Republic Day in 2019. The Government of India honored him for his contribution towards boosting the value of education among orphans and slum children in Cuttack.