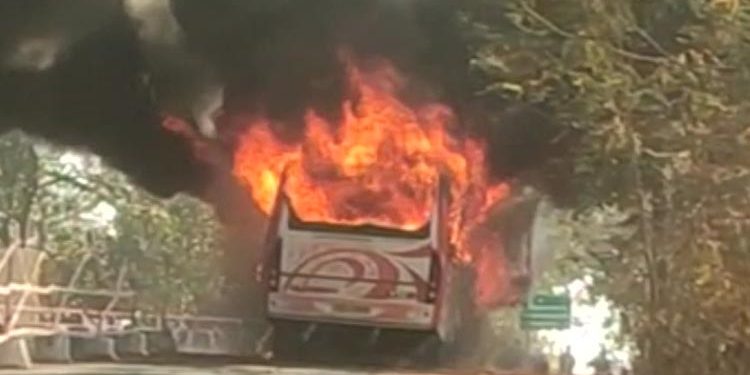 SunstarTV Bureau: A travelling passenger bus has caught fire on NH-59 at Kanjamendi square under Nuagaon police limit in the district, on Monday.

According to reports, the private bus was heading towards Bhanjanagr from Baliguda in the morning when the fire broke out inside the vehicle due to suspected technical snag in the engine. However, a major mishap was averted as all the 30 passengers of the bus managed to get out of the vehicle in the nick of time and managed to save them.

On being informed, fire service personnel rushed to the spot and doused the flames.

Sub-Divisional Police Officer (SDPO), Manoj Pujahari, mentioned, “It’s an unfortunate incident. However, all the passengers have escaped unhurt. We are in touch with the local police for any emergency situation.”