Mercury expected to drop by 3-5 degrees Celsius in Odisha 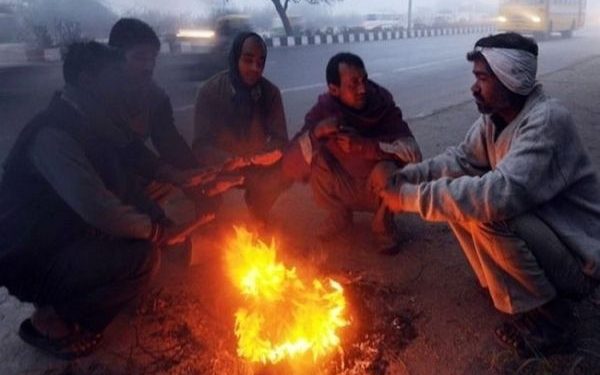 Bhubaneswar (SunstarTV Bureau): After some respite from cold for the past few days, the Meteorological department on Sunday informed that, the minimum temperature is expected to fall by 3-5 degree Celsius in coming one to two days. 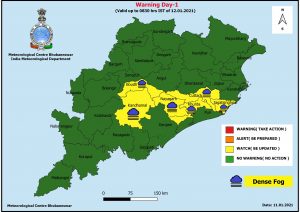 According to Bhubaneswar Met Centre’s weather expert, Uma Shankar Das, “There is no large change in night temperature for 24 hours. However, it is likely to go down by three to five degrees in the coming one to two days.”

Besides, the Met Centre has issued yellow warning of dense fog likely to occur at one or two places over six districts as Nayagarh, Boudh, Kandhamal, Khurda, Jagatsinghpur and Cuttack.

#WarningDay1 (valid up to 0830 hrs IST of 12.01.2021)#YellowWarning( Be updated):
Dense fog very likely to occur at one or two places over the districts of Nayagarh, Boudh, Kandhamal, Khurda, Jagatsinghpur & Cuttack pic.twitter.com/Si5Nl4sUpf