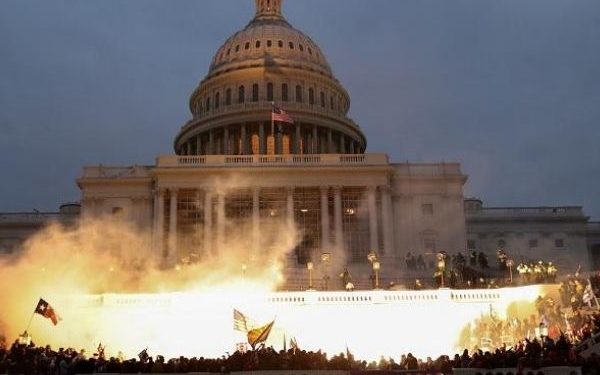 Washington (SunstarTV Bureau): Thousands of angry supporters of President Donald Trump stormed the US Capitol and clashed with police, resulting in casualty and multiple injuries and interrupting a constitutional process to affirm Joe Biden’s victory in the presidential election.

The protesters breached security and entered the Capitol building on Wednesday, where members of the Congress were going through the process of counting and certifying the Electoral College votes. However, police had failed to control the large mob on the spot.

According to Washington DC Police, one woman who was shot inside US Capitol has died on spot and three during medical emergencies. Multiple officers were injured during the mob attack.

After the mob attack both the house and Senate and the entire Capitol were placed under lockdown.

Under the enforcement of curfew many protesters at the Capitol started to disperse in the national capital. However, dozens of protesters remained on the streets in defiance of the curfew

As per official report, the Capitol was secured, putting an end to nearly four-hour violent occupation by Trump supporters. Police forces were deported to disperse the violent clash.