SunstartTV Bureau: Karnataka government has announced to impose night curfew across the state from 24th December, 2020 to January 2nd, 2021.

Karnataka became the second state after Maharashtra to announce a new set of restriction in wake of the new corona virus strain discovered in the UK. 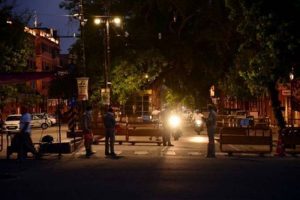 This time night curfew will be in force between 11 pm to 5 am but midnight mass will be allowed.