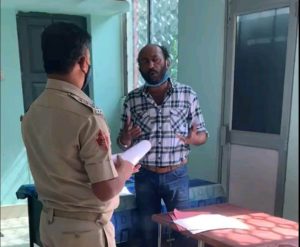 Earlier, he was arrested by the twin city police on the charges of collecting Rs 20,000 extortion money from a person for construction of house every month.

In 2017, he was granted bail by the Supreme Court in the Biranchi Das murder case. However, the Orissa High Court had turned down the bail plea of the gangster in a kidnapping- cum-extortion case of 2010.