No child to sleep under sky during winter: OSCPCR 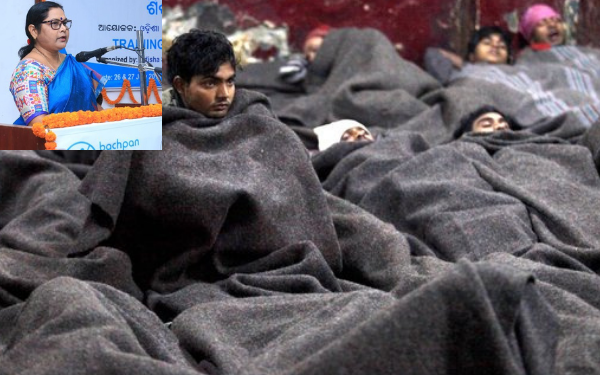 Bhubaneswar (SunstarTV Bureau): Odisha State Commission for Protection of Child Rights (OSCPCR) issued official notice to the district Collectors and District Magistrates to make sure that no child must sleep under open sky this winter, here on Wednesday.

SCPCR chaired by Sandhyabati Pradhan, in the letter, stated that the commission has observed that many homeless children along with their parents are sleeping under the sky during this chilly weather and. This has raised major concern about their safety and security.

Along with the violation and deprivation of child rights under CPCR this situation has aided to possibility of rise in Covid-19 cases due to the onset of winter, as predicted by Health department, adds to their vulnerability.

As per the direction collectors will have to organise special awareness drives for identification of such vulnerable children and their families in all urban set-ups in each district. WhatsApp and dedicated telephone number can be assigned for ensuring the purpose, added in the letter.

Coordination between District Child Protection Units (DCPUs) and Urban Local Bodies (ULBs) is necessary to ensuring shelter for them. Also, the administrations must ensure child-friendly space within shelter for urban homeless, reads the letter.

The SCPCR demands monthly reviews of vulnerable children and their situation in all the districts.