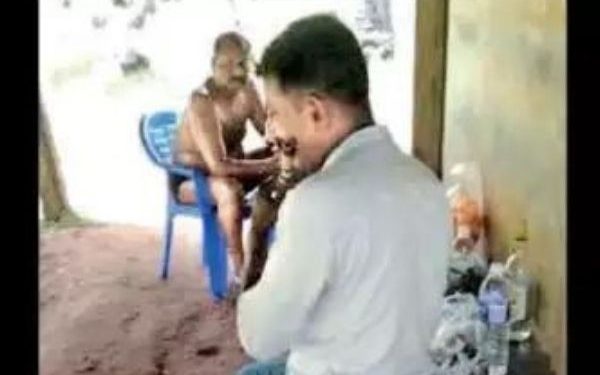 SunstarTV Bureau: In a major embarrassment to the Tamil Nadu police, a video of a senior police officer, clad only in his undergarments and fully drenched in oil, with a bottle of liquor on his side, is seen enjoying a flute rendition.

However, it was a member of the armed police battalion’s band who was playing the instrument for the pleasure of his superior, in the incident took place on Tuesday.

Sources said that a policeman, who was a witness to this scene, had secretly recorded the scene and uploaded it on social media. The photo went viral forcing the Tamil Nadu Police to order an inquiry on the matter.

Somasundaram has been in the limelight earlier for his music videos of old MGR movies and appearing on some YouTube and Tiktok videos in his police uniform.