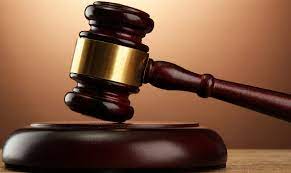 SunstarTV Bureau: In Bihar’s Madhubani a district court agreed to a bail plea of two extortionists and attempt to murder under trials on the condition that they will together feed five Dalit children half-liter of milk to each daily for six months.

The Additional Session Judge (ADJ-I) Avinash Kumar accepted the bail plea of Shivji Mishra and Ashok Mishra on Friday. Kumar had earlier granted bail to an accused, Lalan Kumar who involved in attempt to rape case, on the condition that he will be washing the clothes of 2,000 women of the village for 6 months.

Shivji and Ashok, had demanded money from Bhagwan Kumar Jha. When the latter refused to pay up, they attacked him with a knife and also rammed him with a bike. A case was registered in Jhanjharpur police on March 22, 2021.

Amit Ranjan Thakur, the government lawyer said that the accused filed for bail after spending 160 days behind the bars.

“During the hearing of the case, both of them expressed their desire to do social work after getting out of jail.

“The accused also said that they are cattle farmers. Shivji has three cows and Ashok two and each of them produce five liters of milk per day,” Thakur said.

“Keeping this in view, the ADJ directed Shivji to give half liter milk each to three Dalit children and Ashok will do the same to 2 Dalit children for next six months,” Thakur said.

“Both of them have also been directed to take certificates from parents of all these children after six months followed by signatures of Mukhiya (Village head), Sarpanch, ward councillor and MLA of respected areas and then submit the certificates in the court,” Thakur said.

“ADJ Avinash Kumar, with his decision, has given a social message to fight against malnutrition,” he said. 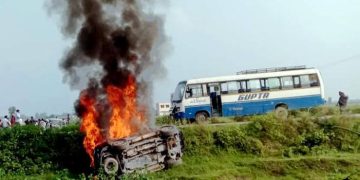