SunstarTV Bureau: India is going to chair the Taliban and Libya sanctions committees and the Counter-Terrorism Committee of the UN Security Council during its tenure as non-permanent member of the powerful 15-nation UN body. 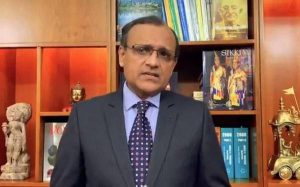 India, which has been at the forefront of the years-long efforts to reform the UNSC, began its two-year tenure at the Council.

The UN Security Council establishes subsidiary bodies on specific issues, including on the sanctions regimes.

“I’m happy to announce that India has been asked to chair three important committees of the Security Council, which include the Taliban Sanctions Committee, Counter-Terrorism Committee (CTC) and the Libyan Sanctions Committee”, India’s Permanent Representative to the UN Ambassador, T S Tirumurti said in a video message, on Thursday. 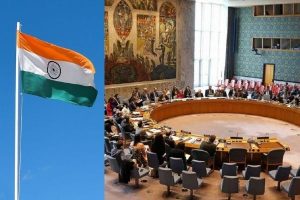 Earlier, Indian flag had installed at the United Nation Security Council stakeout as the country begins its two year tenure as non-permanent members of the powerful UN body.

India will be the UNSC President in August 2021 and will preside over the Council again for a month in 2022. The presidency of the Council is held by each of the members in turn for one month, following the English alphabetical order of the member states names.