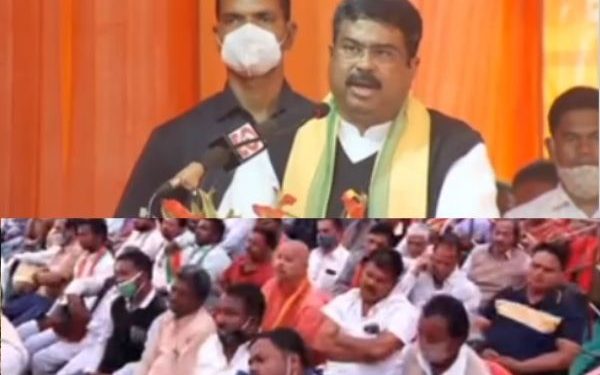 Dharmendra Pradhan addressing crowd of farmers at the stadium elaborates the Center’s Farm laws, those have been implemented recently.

He indicating the ruling party BJD, asked where did the money under KALIA Yojana go. The state government was going to distribute only Rs. 4000/- rest Rs. 6000/- was to be distributed by the central government under PM Kisan yojana.

Three reforms that have commenced the nation-wide agitation are- Farmers’ Produce Trade and Commerce (Promotion and Facilitation) Act, Farmers (Empowerment and Protection) Agreement on Price Assurance and Farm Services Act, and the Essential Commodities (Amendment) Act.