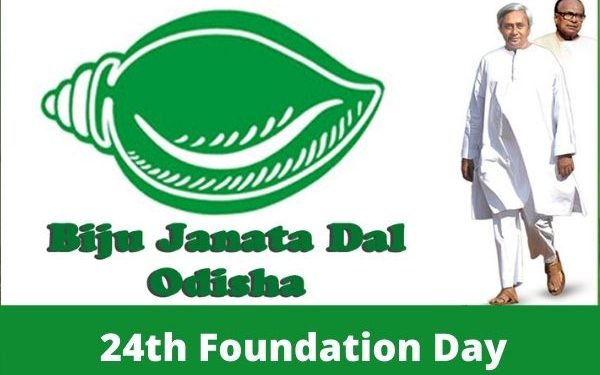 SunstarTV Bureau: Odisha’s ruling Biju Janata Dal (BJD) is observing its 24th Foundation Day in all the assembly segments and urban pockets of the state, today.

This time the party is observing the Foundation Day in all the urban areas across the state as per the direction of party president and Odisha Chief Minister Naveen Patnaik, said BJD vice president Debiprasad Mishra.

Notably, the party has convened two crucial meetings ahead of party’s Foundation Day scheduled on December 26.

While the BJD Executive Body Meeting was held on December 20, the State Council Meeting of the party was scheduled on December 21.

The BJD is all set to mark its 24th Foundation Day on December 26, as the party headed by Naveen Patnaik has emerged as one of the biggest regional parties in India. The BJD will complete 23 years of its foundation.

The BJD was established in 1997 after the demise of former Chief Minister Biju Patnaik, also the father of Naveen Patnaik.